The Rose by the Name of “Normal” is not Sweet 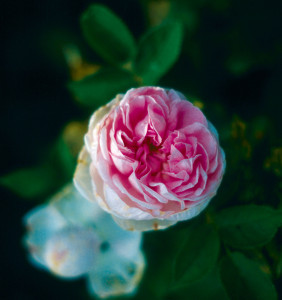 Normally roses smell sweet. This one to the left is called a ‘Sweet Chariot’ rose. And no, it doesn’t swing low but it does smell like pepper and that smell increases in the summertime.

Having watched as much as possible of the Special Olympics World games this week I was struck by a number of things. The first was the number of people around the world said to have ‘intellectual disabilities’ was about 100 Million. I looked it up and found this…

“According to the World Health Organization, up to three percent or almost 200 million people of the world’s population have intellectual disabilities. This is the largest disability population in the world. Intellectual Disabilities knows no boundaries. It cuts across the lines of racial, ethnic, educational, social and economic backgrounds, and it can occur in any family. “

And that’s only the category called “intellectual disability.” I also found this from the World Report on Disability (WRD)

“More than 1 billion persons in the world have some form of disability. This corresponds to about 15% of the world’s population. Between 110-190 million people have very significant difficulties in functioning.”

That’s a lot in either category to be considered “disabled.” Which, as an Evolutionary Coach has made me question the labels we’re using to describe people.

Posted by Michael Stratford in The Evolutionary Coach.