Winning the Game of Holidays #3 – The Money Pit 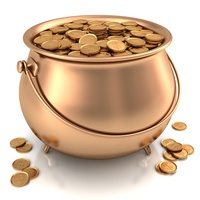 “I need Money, lot’s and lots of Money”

Now that we’ve played with time, let’s play with money. No not monopoly money nor even bailout money but the money you spend all that time during the year to accumulate. The money you work so frickin hard for the rest of the year that seems to fly out of your wallet (read credit card/bank account) like horse out of the gate at the track.

So from a Gamify the Holidays frame, you’ll notice that one of the reasons football teams make it through the season successfully is that they have a reserve of players to put in if something happens. One of the key players in your Game of the Holidays is money. It’s smart to take care of it so it can play well and help create the experience you want to have.

This is about being aware at the beginning of the year that the end of the year simply requires more than our usual capital outlay. Otherwise we’ll find ourselves deep in the Money Pit. We need more money around the holidays for all sorts of things. Now I’m not talking about ‘rainy day’ money we put aside for emergencies. That money needs to stay there because despite advertising to the contrary, Black Friday isn’t an emergency. I’m also not talking about future money. This is the false perception that infuses the system we use called ‘deficit spending’. Herein we look at the magic plastic and say to ourselves in a flood of self justifying stream of consciousness, “Well, the bills won’t come in until January sometime and I’ll have until February sometime before I’m being penalized for not paying the minimum balance so I’ll just spend what I like because after all, my son needs a gold plated replica AK-47 for when the latest version of Call of Duty freezes and he wants to play shoot something.”

So here’s what I’m talking about that happens at the end of the year. Oh, and it doesn’t include the wayward birthday of some conceived with the late spring babies that are born in later November or early December.

We want to buy gifts, attend parties or hold our own, go places for vacation, hold family dinners, and go out to breakfasts, lunches, or dinners with our friends. All of which adds extra financial burden in a short period of time. It adds up, and you and I know it. And when a player is overstressed in a game, they don’t perform well and your money player can’t perform well for you if you’re asking too much of it.

Taking the action to assess the typical end of year financial requirements you may have (and a little more for unexpected) and then putting some into a holiday fund during the  rest of the year, means you won’t have that “Oh, I can’t afford that” response. You can breeze through the holidays knowing you won’t be facing a raft of bills come mid January.

Yes, old school savings plans do work. As well as not being profligate with your spending throughout the year so you’re not looking at a mountain of debt you already have to account for. Yup, a strong recommendation on that one is to be able to pay your credit card in full or don’t buy it in the first place. You’d be surprised when you really look into the hierarchy of needs and find what necessity really means.

Otherwise, you’re not playing the game, the game is playing you.

Posted by Michael Stratford in Gamify for Success.